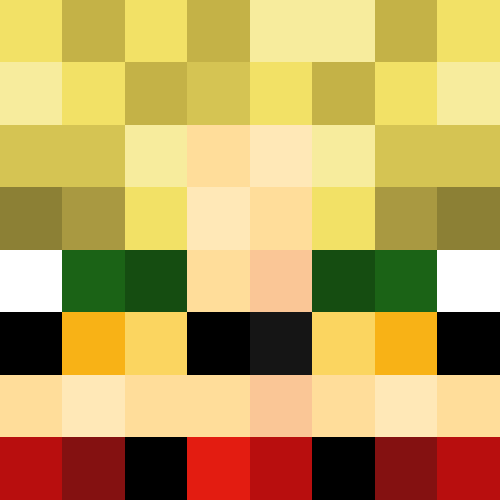 OUTM Platinum
There are no wall posts here yet.
Registered:24 days ago
Last Seen:11 days ago
Profile Views:24

This user has not added any about fields yet.
Latest Posts:

Edit: Large Re-Write, read again if you have already read it

A problem that comes up with these a lot is that it just feels like  you guys didn't adjust the power level of the effects to reflect the fact it's on your entire armor set and forces you to stick with it. The power level of the shard kits just doesn’t feel substantial enough to motivate people to grind for them. With stuff like masks or pets, they are simply trinkets that you just smack on your helmet or equip and can switch out. With shards, you are grinding and making an active decision to put these on your armor and collect the set over any other armor class. If these are lower power leveled, it feels like youre playing a pokemon game where you have to grind for hours just to have the choice between 3 bad uninteresting pokemon thatll just stay in the back of your team for sacking fodder

FOR EXAMPLE, LAVA GOLEM ON DIAMOND

Archer tag -.5 damage is...so minuscule it's insane. Like, you probably wouldn't even notice that. AND THIS IS THE ONLY NON-NETHER EXCLUSIVE ABILITY. The only other ability is one that lets you deal a small bit of damage in the nether and a random chance for buffs. Not only do I think this class is super situational in nether-only abilities, but the gain from being in the nether is also luck based mediocre at best, and pretty bad at worst.

For example, Instead of making the player take less damage from archer tags, just give it a much more anti-archer ability. For example, a 50% chance to shoot a homing, flaming arrow (that removes fres) at the archer who marked you. This makes MUCH more thematical sense and is much less boring, god. Perhaps just make the "remove fres and light on fire" ability available everywhere, and then more powerful in the nether, also giving wither or something. I don't know. God, just buff it. THEY'RE SHARDS GOD DAMN IT. YOU HAVE TO COLLECT DIFFERENT SHARDS AND PUT THEM ON GOOD ARMOR IF YOU WANT TO USE THEM EFFECTIVELY. THEY SHOULD BE GOOD!!!!!!!!!!

WITH LEVIATHAN ON ARCHER, The problem with this isn't with what it DOES have, but what it DOESN'T have. No cool abilities, just buff in water. Just give it something. I don't know. Something. Jesus. It's an armor set. The benefits should exist. If you really want to crank up the power to something OP, Maybe something cool like raining arrows in a small area since it's the water archer.

Please, for the love of god. This is the first new thing to grind for since Partner Items. Don’t slack. I also kind of want these in HCF lowkey but that’s an entirely different discussion

Failure before implementation: Kitmap Armor Classes 24 days ago
No friends.